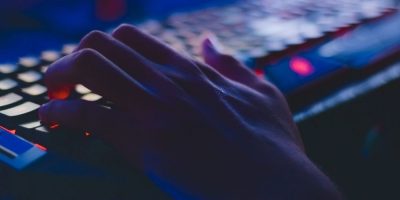 Shelly Skinner is sure she was the target.

The UPlift Black founder and president says she will file a complaint to Barrie Police and South Simcoe Police after her virtual presentation was hacked during an International Women’s Day event on Monday.

Skinner was among several panelists scheduled to speak over Zoom as part of a presentation hosted by the Barrie and District Labour Council.

UPlift Black issued a statement to the media on Tuesday and said Skinner was “the victim of a racist and homophobic attack.”

“On a day intended to uplift and celebrate women, Shelly, an invited guest speaker and influential community changemaker, leader, and equity advocate was victimized with racist and homophobic slurs and imagery when the presentation screen was hacked/controlled by a person/people in attendance,” according to the statement. “Drawings of male genitalia, a swastika, and an image of a burning Pride flag, along with music utilizing the “n-word”, were all shared moments into Shelly’s address, and her name was spoken repeatedly.”

Skinner told Barrie 360 that loud and sexually explicit music was played with repeated use of the “n-word.”

“They put up a video of somebody holding the rainbow Pride flag, and they were burning it. After they burned it, they pulled out a big flag with a swastika on it.”

UPlift Black urged all event organizers to use this incident as a reminder to review their protocols.

“This was a targeted attack meant to silence and defame a powerful Black woman in our community,” according to the statement. “No other speaker was interrupted and victimized. It is sad evidence of the rampant white supremacy, sexism, heterosexism still so prevalent today.”

Skinner said she was shocked the event was not stopped.

“Every woman who stood up in that panel was harmed,” she said. “To continue an event, even if you are having a discussion about it, isn’t the place.”

When asked by organizers if she wanted to rejoin the panel with a new Zoom link, Skinner said she refused because she did not feel safe “entering that space again.”

In a Facebook statement, the Barrie and District Labour Council acknowledged the hack job.

“The Barrie and District Labour Council Women’s Committee event was hacked. What happened this evening was unwarranted, intrusive, and does not represent the values of the Barrie and District Labour Council. We apologize to our guests and participants that this took place. We, as an organization, work hard to create safe spaces that allow all participants a place to have a voice. We will change future events to ensure greater security for all,” the statement read.

Skinner said the labour council reached out to her to apologize and is aware a report will be filed to police.

UPlift Black also intends to file a report with police.