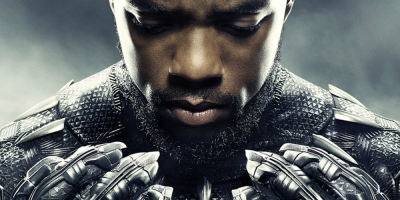 In honour of what would have been Chadwick Boseman’s 44th birthday (on November 29th), a new intro has been added to the Disney+ version of Black Panther.

Nearing the end of a five-film contract, Chadwick Boseman’s turn as Black Panther was tragically cut short when he passed away earlier this year from cancer. Boseman had already brought the character to life in Captain America: Civil War, Black Panther, Avengers: Infinity War, and Avengers: Endgame and was set reprise the role in Black Panther 2 (and with such stellar performances, surely, many more).

The new intro is an update to the logo reveal that accompanies all the films in the Marvel Cinematic Universe. The regular clips are replaced with different scenes across Boseman’s four movies.

Even after his untimely passing, Boseman was an immensely talented individual whose life and career has made a lasting cultural impression.