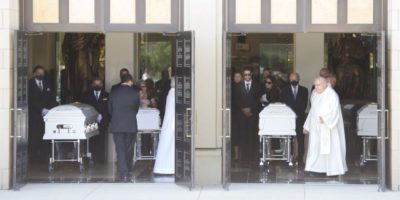 By Paola Loriggio in Brampton

A driver who struck and killed a woman and her three young daughters nearly two years ago “gambled with other people’s lives” when he took the wheel after consuming cannabis, an Ontario judge said Monday in sentencing him to 17 years behind bars.

Robertson had accumulated 15 driving infractions in the 2 1/2 years before the June 18, 2020, crash in Brampton that killed Karolina Ciasullo and her daughters Klara, Lilianna and Mila, who were between the ages of six and one.