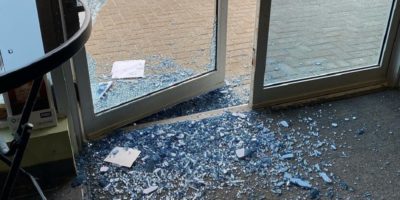 “Times like this bring out the best in people but unfortunately also the worst,” read a post on the Barrie Olive Oil Facebook page on Monday morning.

The Bryne Drive location of the Barrie-based business was broken into sometime before 10 o’clock Monday morning. Barrie Police confirm investigators are probing the incident and have yet to zero in on a suspect.

After posting about the incident on its Facebook page, the Barrie Olive Oil Co. was met with an outpouring of support and praise for the small business.

Barrie Police say there has been a rash of break-and-enters reported in Barrie, following the issuing of a provincial shutdown order. Police offer the following tips to business owners: