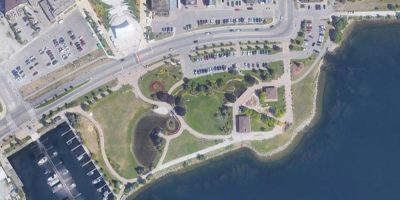 City councillors approved a motion to let Ryan’s Hope operate the program in the Heritage Park gazebo on the waterfront for a one-year trial period.

But Harris stressed the site at Heritage Park is on a needs basis should Collier not be available.

“Again, it’s a backup. They will be continuing at Collier church out front. It’s just sometimes not a really forever promise of how long they can keep this,” Harris explained.

She said the program feeds about 130 individuals in the summer, and in the winter it’s anywhere from 20 to 50 people as well.

Coun. Mike McCann was the only one around the table to oppose the motion.

“I just want to make it clear to council, to staff, to the public, and to the newspapers that I want to help,” he said. “I am just looking at this location, and I just think it’s the wrong location.”

McCann asked that the motion be deferred until the County of Simcoe made a presentation to city council about social service programs it provides, including those to aid the homeless.

Shelters in Barrie funded through the county include the Salvation Army, the Busby Centre, the Elizabeth Fry Society and Youth Haven.

McCann said he absolutely wanted to help, but suggested there was no clear vision regarding what was being proposed.

“The location is going to impact thousands of people on a daily basis, and I know what the impact is going to be on the community.”

Coun. Clare Riepma argued against deferring, nothing that homelessness cannot be deferred.

“It seems to me that’s not a bad trial period. If it doesn’t work, then we can cut it off. But in the meantime, it is definitely something that I think is needed,” he said.

Coun. Sergio Morales said it was sad it has gotten to a point where meals had to be served in a park, but he was supportive.

“We’re essentially just giving permission for a food truck to be there, only there’s no truck, and it’s free,” he said.

“The thing we need to remember here is that the people who are accessing this breakfast are people, period.”

Ryan’s Hope would be responsible for ensuring that all garbage, paper, paper or plastic products, cans, rubbish, food, clothing or other debris associated with the Breakfast-to-Go Program is collected and removed from city property at the end of each daily operation.

Ryan’s Hope would be provided with a list of events taking place at the gazebo that would prevent them from using it on that particular day.

As part of the agreement, it would provide a certificate of insurance in the amount of $5 million, naming the City of Barrie as an additional insured. The city would negotiate an agreement with Ryan’s Hope to outline the respective responsibilities of each of those associated with the Breakfast-to-Go program’s use of the gazebo.

Harris urged McCann to join her with Ryan’s Hope when meals are being served. She rejected that giving food for one hour at Heritage Park is going to be disturbing the community.

“The people line up and follow the direction,” she said. “They’re very grateful and very happy that this is being offered, and they move on their way.”

Ryan’s Hope was founded by Christine Nayler and her husband, Tom, in memory of their son, Ryan, who died from an overdose in November 2020 at age 34.

Monday’s decision must still be ratified by city council at its meeting on March 28.