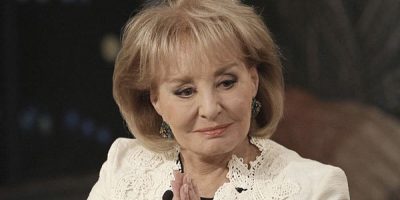 It has been confirmed that iconic broadcaster Barbara Walters has passed away at the age of 93. Her representative Cindi Berger confirmed this news on Friday December 30.

“Barbara Walters passed away peacefully in her home surrounded by loved ones,” Berger says. “She lived a big life.”

“She lived her life with no regrets. She was a trailblazer not only for female journalists, but for all women.”

Walters began her career as a writer and researcher on NBC’s Today show, and worked her way up through the ranks to the show’s first female anchor. She then moved to ABCs Evening News and then the news magazine program 20/20.

She was also the creator and co-host of ABC’s The View and was an executive producer for the show for nearly two decades.

Walters was also known for her interviews with countless renowned figures, from political leaders, to Hollywood celebrities. She is remembered for her pioneering style of journalism, which brought to life the stories of the people she interviewed.

Walters leaves behind a legacy in broadcasting and journalism that will continue to inspire generations to come.