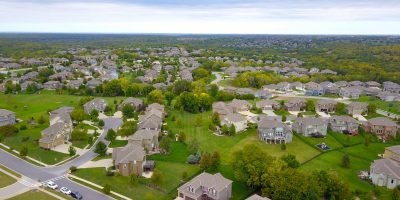 The cards are incredibly stacked against most Canadians trying to buy an affordable home right now.

The housing re-sale market has been a hot mess for some time now and everyone knows it. Industry forecasters and real estate commentators know it. Politicians certainly know this. It’s why we’re seeing more and more housing-related announcements and will continue to over the coming months as a federal election looms.

While more inventory for renters is obviously good, what Canadians need is a viable national housing strategy. And almost half of those surveyed in a new affordability report out today, agree with that.

According to the Leger survey, commissioned by RE/MAX, 45 per cent of Canadians believe a national housing strategy would improve their ability to own a home.

The report also looked at how Canadians are considering “workarounds” to buy a home.

This includes renting out a portion of a home to make ends meet.

More interesting though, the survey found more millennials and Gen Z’ers are considering pooling finances with friends or family to purchase a home.

As these potential buyers continue to look for realistic ways to buy a home and afford that home, they continue to be faced with key barriers that impact personal housing affordability, the largest of which is a shortfall in salary (26 per cent).

Other factors such as rising interest rates, lack of full-time work, household debt levels, and the mortgage stress test also weigh in.

“It’s promising to see Canadian buyers deploying their ingenuity to be able to buy a home, but we must address the urgency of the underlying housing affordability crisis in Canada, which is predominantly systemic,” says Elton Ash, Regional Executive Vice President, RE/MAX of Western Canada.

Ash says while we wait on a nationally and municipally supported housing strategy “based on an aggressive goal to boost our national inventory of affordable housing,” there are regions across the country, especially in Western Canada, that remain accessible to first-time buyers.

Another housing report released on Tuesday shows the rate of change of Canadian single-family home prices rose 2.7 per cent this June.

The Teranet-National Bank House Price Index was up 16.0 per cent in June from a year earlier, the largest 12-month gain on record.

Prices were up 10 per cent or more in an unprecedented 90 per cent of the 32 urban markets. And the National Bank of Canada does not anticipate a decline in prices in the near term.

Looking at Barrie with single detached homes as an example, there were a cosmical 265.7 per cent more homes sold in Barrie in April (year-over-year) and those homes cost buyers an average of around 40 per cent more. Obviously, that is not sustainable.

In lieu of a national housing strategy, pre-pandemic normalcy in our housing market may return by the end of 2023 according to Canada Mortgage and Housing Corporation (CHMC). But you may recall, the CMHC issued a rather bleak outlook in its May 2020 forecast when they predicted prices would plunge by as much as 18 per cent.