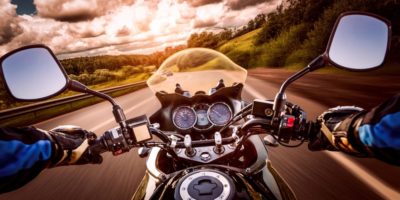 A warning ahead of this weekend’s big motorcycle rally about the threat of supporting organized crime while you’re at it.

The Friday the 13th biker rally to Port Dover brings a huge crowd every year, and the OPP says that involves Outlaw Motorcycle Gangs. Provincial Police say purchasing or wearing support merchandise from one of these clubs is supporting organized crime, even unwittingly. Police say the profits from gang-generated merchandise directly supports illegal activity.

Provincial Police point out there are ongoing tensions between rival outlaw gangs, and wearing what seems to be harmless merchandise may put you in the figurative crosshairs of rival members.

“Although Friday the 13th attracts mostly law-abiding motorcycle enthusiasts, we continue to see the presence of those who live and promote a lifestyle outside of the law.” says Detective Inspector Brad Nunn of the OPP. “Our priority is keeping everyone safe. We ask that anyone attending avoids wearing and purchasing gang-related merchandise, which supports criminal activities. It may seem like a simple t-shirt or hat, but wearers of support merchandise may unknowingly impact their own personal safety especially given the tensions between rival gangs.”