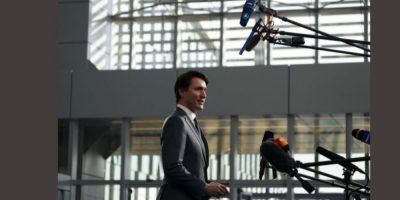 By Jordan Press in Brussels

Canada faces fresh pressure to increase its defence spending as the head of the NATO military alliance says leaders have agreed to present plans by June on investing billions of additional dollars into their respective militaries.

NATO Secretary General Jens Stoltenberg revealed the new pledge at the end of an extraordinary meeting in Brussels, where leaders from across the alliance had gathered for the second time in a month to discuss Russia’s invasion of Ukraine.

While all NATO members pledged in 2014 to spend two per cent of their national gross domestic product in the next decade, Stoltenberg told reporters after the meeting that allies have now agreed to “redouble” those efforts.

Allies will submit additional plans on how to meet the pledge in time for their next meeting, slated for June in Madrid, Spain, he said. “And I welcome that a number of allies today announced plans for significant increases in defence spending.”

The commitment to boost defence spending twists the arm of the minority Liberal government to invest billions of additional dollars, only days after committing to the NDP to introduce a bevy of new social programs in return for its support in Parliament.

Prime Minister Justin Trudeau, who was scheduled to hold a news conference later Thursday, has previously sidestepped questions about whether Canada will meet the two-per-cent target. Canada currently spends about 1.39 per cent of its GDP on defence.

Any new spending would have to muscle space alongside pharmacare and dental care inked into the new confidence and supply agreement with the NDP in exchange for the opposition party’s backing on key votes.

On Wednesday, Defence Minister Anita Anand made no mention of aggressive spending options during testimony before a House of Commons committee, instead pointing to planned increases included in the government’s 2017 defence policy.

Even with those expected increases, the government projected it would fall short of NATO’s target. Successive Canadian governments have instead pointed to Canada’s numerous other contributions to NATO as a better measure of its commitment to the alliance.

“I will say that our government has been making critical smart investments into our forces,” Anand said, adding that spending increases are aimed at ensuring the military has “the right people, equipment, training and culture.”

Defence analyst David Perry of the Canadian Global Affairs Institute has estimated Canada would need to spend about $16 billion more per year on defence to meet NATO’s target. It currently spends about $30 billion per year.

“There’s no kind of easy, quick solution where the government waves a magic wand and we’re at two per cent,” Perry said.

A Scotiabank analysis suggests the current political landscape makes it hard to see how the Liberals could reach NATO’s spending targets in the short term.

Defence spending was only one area of focus for the leaders, whose final communique called on Moscow to immediately instigate a ceasefire in Ukraine, and warned of “severe consequences” should Russia use chemical or biological weapons.

The communique also took aim at recent comments by Chinese officials about the war in Ukraine and NATO, and called on Beijing to “cease amplifying the Kremlin’s false narratives” and work toward a peaceful resolution to the conflict.

Europe faces its biggest security threat since the Second World War due to Russia’s invasion of Ukraine, an attack that has killed hundreds of civilians and thousands of soldiers, and displaced 10 million people since the fighting started one month ago.

Earlier in the day, Ukrainian President Volodymyr Zelenskyy delivered an urgent plea for military aid to NATO leaders, pointedly chastising them for failing to do everything possible to help his country.

Zelenskyy repeated his request for NATO to enforce a no-fly zone over Ukrainian airspace to protect his people from Russian bombs and missiles — an ask that NATO’s secretary general has ruled out.

In the text of his address posted to his official website, Zelenskyy also criticized NATO members for failing to provide a clear response to his previous plea, or to subsequent requests for fighter jets and tanks to bolster his forces.

Zelenskyy didn’t blame NATO for the war in his country, but his remarks suggested deep frustration with the seeming lack of political will among alliance members to provide Ukraine all the weapons needed to fend of Putin’s forces and prevent further deaths.

“Ukraine is very much waiting, awaiting real action, real security guarantees, from those whose word is trustworthy, and whose actions can keep the peace,” reads Zelenskyy’s posted remarks.

The comments coloured a day-long event in the Belgium capital that saw Trudeau meet with NATO allies, as well as G7 leaders. Both meetings were focused on finding a path toward ending the fighting in Ukraine.

Arriving at the alliance’s glassed-in headquarters Thursday morning, Trudeau said NATO members were united in their condemnation of the “illegal, brutal invasion of a friendly democracy” in Ukraine.

Trudeau also said alliance members were equally united in their support for Ukrainians who are fighting for the values that underpin democracies.

Canada has provided military equipment and lethal aid to Ukraine, as well as economic sanctions targeted at allies of Russian President Vladimir Putin.

This report by The Canadian Press was first published March 24, 2022.