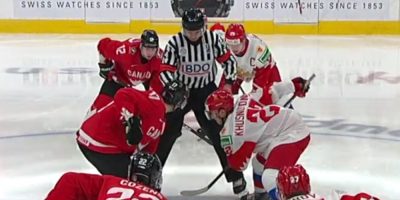 Team Canada had their foot on the gas from the opening whistle of their semi-final matchup against Russia at the World Juniors, and they never slowed down.

Alex Newhook opened the scoring for Team Canada, just a minute into the game. Connor McMichael and Cole Perfetti added goals in the first period before Braden Schneider made it 4-0 in the second period. Russia thought they had something to celebrate in the second period when it looked as though they had scored on the powerplay, but Canada challenged the goal and the play was ruled offside. The Canadians never relinquished their lead, adding an empty netter in the third period, en route to a 5-0 shutout win.

Team Canada will face Team USA in the gold medal game. The defending World Junior Champions look to defend their gold on Tuesday night at 9 PM EST. The game is available on TSN in Canada.