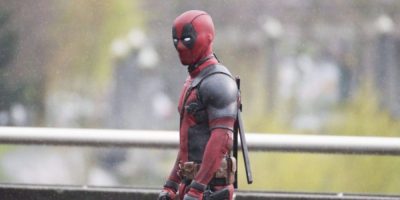 By Marie Woolf, The Canadian Press

Try to guess which of these movies is Canadian: Disney’s “Turning Red,” which tells the story of growing up as a Chinese-Canadian teen in Toronto and stars Ottawa-born Sandra Oh, or the Oscar-winning sci-fi epic “Dune” from Montreal director Denis Villeneuve and a team of Canadian collaborators.

Under Canada’s broadcasting laws, neither is considered to be a homegrown film.

Policy-makers and experts in Canada’s creative industries are now grappling with the thorny issue of what, precisely, makes a film or television program Canadian.

The definition is at the heart of new legislation before Parliament that would require streaming services such as Netflix, Amazon Prime and Disney+ to feature a certain amount of Canadian content, similar to the obligations long placed on traditional broadcasters.

Heritage Minister Pablo Rodriguez says he plans to ask the Canadian Radio-television and Telecommunications Commission to spell out what counts as Canadian content after Bill C-11 passes through Parliament. The legislation would increase investment in Canada’s creative industries, he says, allowing Canadians to more widely tell their own stories.

Should Bill C-11 pass, it would “create a more equitable playing field for Canadian creators and corporations, while ensuring that audiences will benefit from the enhanced visibility of Canadian content,” says Christa Dickenson, executive director and CEO of Telefilm Canada.

But some experts warn the current definition of Canadian content needs to be broadened and modernized to reflect the way television programs and film are made today.

Otherwise, they caution, it could create a disincentive for studios to invest in Canadian talent if their work doesn’t officially qualify as Canadian.

This could lead to less investment in co-productions or Canadian-led big-budget films, and more time spent on small, cheaper Canadian productions that tick the right regulator’s boxes, warns Michael Geist, Canada Research Chair in internet and e-commerce law at the University of Ottawa.

He argues there should be more flexibility about defining what makes a film Canadian.

“It’s one of the most restrictive, narrowly defined systems in the world, even excluding Canadian authors,” he said, pointing to “The Handmaid’s Tale,” a hit TV adaptation of the novel by Canadian author Margaret Atwood, which did not count as a Canadian production.

“Government policy is already a success in enticing productions to Canada,” Geist added. “This is where we should be starting — from an economic perspective.”

The major streaming companies are already investing huge sums in Canadians’ creative work, he said, and their algorithms encourage Canadians, and people around the world, to watch it. Canadian films or television programs that might not tick all the official boxes can still show up in a Netflix search.

But the Canadian Media Producers Association said the bill would prevent “the shift to a branch-plant industry that is dependent on companies headquartered outside of our borders.”

“It’s important for Canadian producers to own the rights to their stories,” the association said in a written statement.

The current definition of Canadian content, though popular with many in Canada’s film industry, has led to some curious anomalies.

Some of the highest-profile movies featuring and made by Canadians in recent years have not officially counted as Canadian.

Marvel’s “Deadpool,” starring Canadian A-lister Ryan Reynolds, is based on a Canadian comic book character and was filmed in Vancouver. Canadian Paul Wernick co-wrote the screenplay. Yet Deadpool did not qualify as Canadian under the rules of the Canadian Audio-Visual Certification Office.

Those rules require a Canadian producer and a Canadian director or screenwriter. Points are awarded for the number of Canadians in leading roles or other key creative positions. Canadians must also feature prominently in the production and post-production.

That has some in the film industry and across government questioning whether the points system could do with some updating. They wonder if points should be awarded to Canadian production roles that closely reflect the way movies are made today, not three decades ago, such as recognition of key audiovisual jobs and animators.

Canada is not the only country that has grappled with this question.

In the U.K., the definition of what constitutes a British film is broader, incorporating films made by a foreign production company about a recognizably British subject, such as the life of Shakespeare or the 1940 Battle of Britain.

Many Hollywood productions — thanks to generous tax breaks, the availability of Canadian talent including actors, extras, technical expertise and post-production facilities, not to mention diverse locations — are made in Canada.

Reynolds Mastin, president and CEO of the Canadian Media Producers Association, says modernizing the broadcasting act “can ensure that Canadians have control over our culture and our stories, and can support the production of shows that reflect the people and places of Canada.”

Peter Grant, a former member of the Broadcasting and Telecommunications Legislative Review Panel, said ensuring that Canadian production companies remain central to the definition is crucial.

He says the current definition supports Canadian creatives while giving them the flexibility to veer into themes that are not obviously Canadian.

Prioritizing Canadian talent won’t stop them from making it big in Hollywood, he added.

“The Canadian content rules that the CRTC currently employs are all based on the premise that the production company must be owned by a Canadian, or the amount of money spent on Canadian talent,” he said.

“In defining Canadian content the proprietary rights must be held by a Canadian. But it doesn’t have to look Canadian or be about a Canadian story.”

This report by The Canadian Press was first published April 10, 2022.