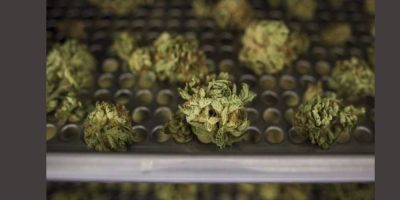 The federal government launched a long-awaited review on Thursday of how legalizing marijuana has affected the health of Canadians, the domestic cannabis industry and the black market.

The Liberals lifted a century-long prohibition on the recreational use and sale of cannabis in October 2018, with the provision that they review the law three years after it comes into force.

That review is nearly one year overdue.

“We have been, in many ways, world leaders in advancing sensible drug policy and legalization and regulation of cannabis is an example of that,” said Liberal MP Nathaniel Erskine-Smith, who co-chairs the all-party cannabis caucus, at a press conference.

The law stipulates the government must investigate the impact of legalization on public health, youth consumption, Indigenous Peoples and communities, as well as the ability to legally grow cannabis in homes.

The government has decided the review will need to take a much wider view, including an examination of whether legal cannabis has made any progress displacing the illicit black market.

“Our government legalized cannabis to protect the health and safety of Canadians, particularly minors, and to displace the illegal market,” Health Minister Jean-Yves Duclos said at the press conference.

The review will also examine the economic, social and environmental impacts of legalization, which enabled the creation of a burgeoning cannabis-related industry.

A panel of experts will conduct the review, led by Morris Rosenberg. A lawyer by training, he served as deputy minister of Justice, Health and Foreign Affairs between 1998 and 2013.

Rosenberg is also the former president and CEO of the Pierre Elliott Trudeau Foundation, a position he left in 2018.

“The scope is very broad, all views will be welcomed,” Duclos said. “Mr. Rosenberg will have a difficult task.”

The other four members of the panel have been selected but have not yet been announced.

The panel plans to hear from the public, governments, Indigenous Peoples, youth, marginalized and racialized communities, cannabis industry representatives and medicinal cannabis users, as well as experts in health, substance use, criminal justice and law enforcement.

Duclos and Addictions Minister Carolyn Bennett have asked the expert panel to apply a sex and gender lens to their investigation and pay particular attention to how legalization has affected women, Indigenous and racialized people who might face greater barriers to participating in the legal industry.

Bennett said so far, the data shows the consumption of cannabis among youth has remained stable since legalization. She lauded the government’s awareness campaigns and said children have more knowledge about the potential harms of cannabis use than they did before.

Cannabis products became legal in stages, starting in 2018 with fresh and dried products, plants, seeds and oils. The introduction of more classes of products, including edibles, means the government must now do more, Bennett said.

A recent study by SickKids Hospital in Toronto and The Ottawa Hospital found there has been a more than sixfold increase in hospitalizations across Canada for cannabis poisoning among children under the age of 10 since legalization.

The rise in hospitalizations was twice as high in provinces where edibles like chocolates and gummies are sold legally, according to the study published in the New England Journal of Medicine in August.

Duclos and Bennett must present a report to the House of Commons and Senate within 18 months of the review being launched.

Duclos said he would have liked to begin the review in the spring of 2022, but took extra time to widen the scope and find the right independent experts to take on the work.