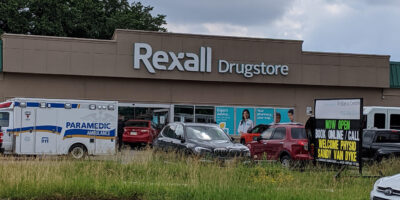 A driver made a grand entrance into the Rexall Drugstore in Stroud.

South Simcoe Police said around 11 Saturday morning an 87-year-old woman was pulling up to the pharmacy on Yonge Street when the driver thought she put the car in park but mistakenly hit the gas and drove into the store.

Nobody in the store was injured.

The woman was taken to hospital as a precaution.

There is no word if charges will be laid.