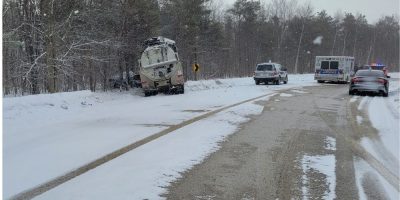 Southern Georgian Bay OPP is investigating a deadly two-vehicle crash that happened shortly after 8 a.m. on Wednesday in Penetanguishene

Police say the collision involved a commercial truck with two occupants and a passenger car with one occupant.

The driver of the car, 32-year-old Benjamin David Fordham of Elmvale was killed.

The occupants of the truck were treated for minor injuries by paramedics.

Thompsons Road is closed from Simcoe Circle to Robert Street East for the police investigation.