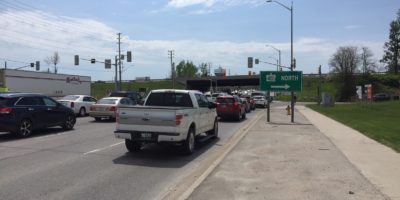 The numbers should be sobering.

More than 150 people have been killed this year on OPP-patrolled roads.

50 of those deaths have been linked to speeding, 37 to inattentiveness, 35 due to impairment and 34 of the victims were not wearing a seatbelt.

So, you know what OPP, Barrie and South Simcoe Police will be focussed on this holiday weekend.

OPP noting they have laid more than 175,000 charges in more than 15,000 collisions this year related to the Big Four factors in road deaths.

The goal of Operation Impact is not about issuing traffic tickets. It is about seeing every driver, without police intervention, refrain from risky driving behaviours and every vehicle occupant buckled up.”
– OPP Deputy Commissioner Brad Blair, Provincial Commander of Traffic Safety and Operational Support

“With many people travelling throughout and through the City of Barrie over the next few days, officers from Traffic Services and those on general patrol will be looking for impaired drivers, aggressive drivers, inattentive drivers and those who are not wearing seatbelts. As a motorist, you are encouraged to do your part and drive responsibly”.
– Barrie Police Chief Kimberley Greenwood

“Road safety is a shared responsibility. Your choices behind the wheel can make the difference. Let’s work together to make this a safe and enjoyable Thanksgiving weekend.”
– South Simcoe Police Deputy Chief Robin McElary-Downer.

Southern Georgian Bay OPP have partnered again with the local Safe and Sober Committee urging cottagers and tourists to drive safely to see the Georgian Bay-area fall colours and reminding those closing up the cottage for the season to double-check the security of their property prior to heading home.

Careful as you go…not just this weekend…but every time you get behind the wheel.