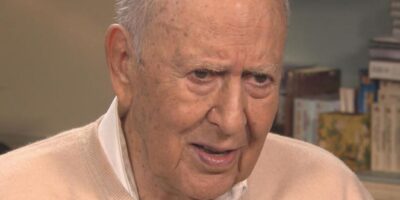 Carl Reiner, the ingenious and versatile writer, actor and director who broke through as a “second banana” to Sid Caesar and rose to comedy’s front ranks as creator of “The Dick Van Dyke Show” and straight man to Mel Brooks‘ “2000 Year Old Man,” has died. He was 98.

In recent years, he was part of the roguish gang in the “Ocean’s Eleven” movies starring George Clooney and appeared in documentaries including “Broadway: Beyond the Golden Age” and “If You’re Not in the Obit, Eat Breakfast.”

Tributes poured in online, including from actor Josh Gadd, who called Reiner “one of the greatest comedic minds of all time,” and writer Bill Kristol, who said: “What a life!” Actor Alan Alda tweeted: “His talent will live on for a long time, but the loss of his kindness and decency leaves a hole in our hearts.”

Films he directed included “Oh, God!” starring George Burns and John Denver; “All of Me,” with Steve Martin and Lily Tomlin; and the 1970 comedy “Where’s Poppa?” He was especially proud of his books, including “Enter Laughing,” an autobiographical novel later adapted into a film and Broadway show; and “My Anecdotal Life,” a memoir published in 2003. He recounted his childhood and creative journey in the 2013 book, “I Remember Me.”

But many remember Reiner for “The Dick Van Dyke Show,” one of the most popular television series of all time and a model of ensemble playing, physical comedy and timeless, good-natured wit. It starred Van Dyke as a television comedy writer working for a demanding, eccentric boss (Reiner) and living with his wife (Mary Tyler Moore in her first major TV role) and young son in suburban New Rochelle, New York.

The show, which ran for five seasons on CBS, was a major hit. Reiner wound up playing the pompous boss, Alan Brady. But the rest of the show mirrored his life. In fact, Mary Tyler Moore’s Laura Petrie was inspired by the real-life woman Reiner went home to every night.

As a young GI during World War II, he’d met Estelle Lebost, an artist eight years his senior. “He was just extremely handsome,” Estelle told CBS News back in 2007.

“The Van Dyke show is probably the most thrilling of my accomplishments because that was very, very personal,” Reiner once said. “It was about me and my wife, living in New Rochelle and working on the Sid Caesar show.”

Reiner is the father of actor-director Rob Reiner. The younger Reiner starred as Archie Bunker’s son-in-law on “All in the Family,” and went on to direct such films as “When Harry Met Sally …” and “The Princess Bride.” Carl Reiner would praise Rob as his favourite director, and Rob would speak with open admiration, and some trepidation, about his famous dad.

“He was the nicest man, a decent man, an intelligent man, and talented, and everybody liked him,” Rob Reiner told The Associated Press in 1992.

Carl Reiner won multiple Emmys for his television work. In 2000, he received the Kennedy Center Mark Twain Prize for Humor. When the sound system failed at the start of the ceremonies, Reiner called from the balcony, “Does anybody have four double-A batteries?”

Besides “All of Me,” Reiner directed Martin in “Dead Men Don’t Wear Plaid,” “The Man With Two Brains” and “The Jerk.”

Carl Reiner was born in 1922, in New York City’s borough of the Bronx, one of two sons of Jewish immigrants: Irving Reiner, a watchmaker, and his wife, Bessie. He grew up in a working-class neighbourhood, where he learned to mimic voices and tell jokes. After high school, Reiner attended drama school, then joined a small theatre group.

“It was a terrific experience, but I wasn’t getting any money for it,” he told the Akron Beacon Journal in 1963. “I got uppity one day – after all, the audience was paying from 22 to 88 cents for admission – and I demanded to be paid. They settled for $1 a performance and I … became their highest-priced actor.”

During World War II, Reiner joined the Army and toured South Pacific bases in GI variety shows for a year and a half. Back out of uniform, he landed several stage roles, breaking through on Broadway in “Call Me Mister.”

He married his wife, Estelle, in 1943. Besides son Rob, the couple had another son, Lucas, a film director, and a daughter, Sylvia, a psychoanalyst and author. Estelle Reiner, who died in 2008, had a small but memorable role in Rob Reiner’s “When Harry Met Sally…” – as the woman who overhears Meg Ryan’s ersatz ecstasy in a restaurant and says, “I’ll have what she’s having.” 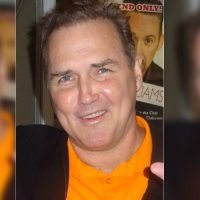 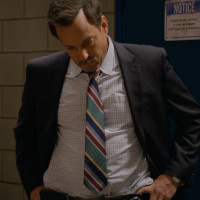