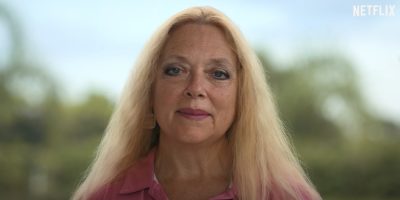 After news that a Tiger King follow-up would be hitting Netflix in November, Carole Baskin is suing Netflix to try and halt its release.

Carole and Howard Baskin have filed a lawsuit in Florida on Monday claiming that Netflix is using captured footage beyond what was originally agreed upon. Baskin claimed that they only signed release forms for a single season, and using more footage (even previously captured footage) for a second season would be a breach of their Netflix contract.

“We made it very clear to Goode and Chaiklin that we had no desire or intent to be involved in TK2. When Netflix released its Official Tiger King 2 Trailer last week, we were shocked to see that we were going to be a central theme of the sequel, and they were using the film footage again without our permission.” Said Howard Baskin in a statement to Comicbook.com.

The statement went on to say: “While we cannot stop Netflix and Royal Goode Productions from producing low-brow, salacious and sensational programming, we do believe that we have the right to control footage filmed of us under false pretenses,” the couple’s statement adds. “We like to believe that most Americans will agree that we should be entitled to protect our reputations in this manner and hold entertainment giants to their word.”

Season 1 of Tiger King was released in March 2020 and whether it was as captivating as everyone thought, or that it was just released during the global pandemic, it quickly became a sensation and climbed to the top of Netflix’s most-watched shows.

Related Entertainment News: The best holiday movies, ranked (and where you can stream them)

The second season of Tiger King is set to hit Netflix on November 17th and there has been no word yet if this Lawsuit will halt that release date.