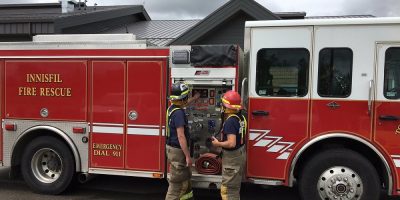 Investigators have yet to determine a cause after a fire caused a home’s garage to collapse.

Innisfil Fire and Rescue was called to a home on Ewart Drive after a blaze got its start in a detached garage. The fire spread throughout the garage and it eventually fell in on itself. Two nearby homes were exposed to the fire, but fire crews were able to protect them to the point where they are still habitable.

Damage has been estimated at $225,000. There were no injuries reported.