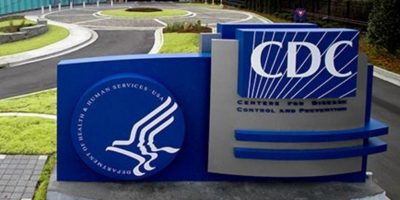 Americans who test positive for COVID-19 but do not have symptoms can stop isolating after five days as long as they continue wearing masks, the Centers for Disease Control and Prevention announced on Monday, halving the agency’s previous isolation period down from 10 days.

The CDC also said it was loosening its guidance for quarantining after a COVID-19 exposure for unvaccinated Americans or those eligible for a booster who have not yet received their additional shot. It now recommends a five-day quarantine followed by five days of strict mask-wearing but says if quarantine “is not feasible,” it can be skipped as long as they wear a mask in the 10 days after exposure.

“The Omicron variant is spreading quickly and has the potential to impact all facets of our society. CDC’s updated recommendations for isolation and quarantine balance what we know about the spread of the virus and the protection provided by vaccination and booster doses. These updates ensure people can safely continue their daily lives,” CDC Director Dr. Rochelle Walensky said in a statement.

The change mirrors a similar move by the CDC announced last week to shorten its isolation guidance for health care workers, amid a surge of Omicron infections that has sidelined staff members in an already-strained health care system.

Many communities are now seeing record numbers of cases and rising hospitalizations, fuelled by the variant. Nationwide, the daily average of cases tallied by the CDC has accelerated to a pace not seen since the deadly surge of cases last winter.

Several industries have blamed the recent surge in Omicron cases for crippling much of their workforce. Thousands of flights were cancelled or delayed over the holiday weekend, as pilots, flight attendants, and other airline workers were forced to isolate after breakthrough cases.

In deciding to shorten the recommended isolation period, the CDC said data shows the majority of transmission “occurs early in the course of illness,” within two days before symptoms begin and three days after.

The CDC also cited recent data from South Africa and the United Kingdom, where Omicron has spread widely, showing a booster shot could restore vaccine effectiveness against infection.

Data published on Thursday by health authorities in the U.K. found that vaccine effectiveness against symptomatic infection from the Omicron variant was around 70% among those who had received a Pfizer booster recently, but dropped to 45% after at least 10 weeks. Vaccine effectiveness remained as high as 75% among those with a Moderna booster up to nine weeks after the shot.

Officials stress that being vaccinated and boosted provides strong protection against serious illness and hospitalization if a person does get infected.

Just over a third of vaccinated American adults have received a booster shot. After accelerating earlier this month to record highs, the nationwide pace of booster shots has slowed in recent weeks.

Early findings from investigations of the virus abroad also suggest the course of Omicron infections progresses faster than from the Delta variant, with the average incubation period – the time from when someone is exposed to the virus until they develop symptoms – dropping to as little as three days.

“Prevention is our best option: get vaccinated, get boosted, wear a mask in public indoor settings in areas of substantial and high community transmission, and take a test before you gather,” said Walensky.