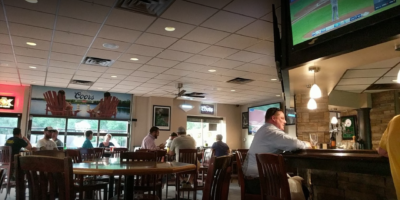 Small business owners in Ontario are once again facing uncertainty in the wake of new restrictions announced by Premier Doug Ford on Monday in a bid to curb the spread of the COVID-19 Omicron variant.

The restrictions take effect on Wednesday at 12:01 a.m. and will mean the closure of bars and restaurants (except for takeout/drive-thru) and gyms, while capacity restrictions of 50 per cent capacity will be in place for retail settings, including shopping malls, and personal care services.

Paul Markle, executive director of the Barrie Chamber of Commerce, says you have a situation where restaurant owners have worked hard to build back whatever business they had.

“They didn’t necessarily have the strongest holiday season, though some did, not all, and they’ve managed to rebuild some of their staffing levels and this comes down.”

Markle says the ones he has spoken to are worried about their staff going without jobs and losing them.

“The ground that they have made rebuilding their workforce, and they know if people go on to EI, for whatever reason, they cannot come back. It’s a real worry that once you do re-open you don’t have the staffing required,” says Markle.

The Ontario government has already announced an expanded rebate program for businesses affected by the restrictions.

For example, certain businesses ordered to close will be reimbursed for 100 per cent of property tax and energy costs, while those required to reduce capacity to 50 per cent will receive a rebate payment for half those expenses.

The Canadian Federation of Independent Business (CFIB) said in a tweet the Ontario Ministry of Finance has indicated a small business grant program is in the works.

The Ontario Finance Minister’s Office contacted us to say that a small business grant program is in the works. This would be a much-needed relief for small businesses and can’t come soon enough.

The application for the tax and energy cost rebates can’t be filled out until mid-January.

“I don’t think there’s anybody that’s going to turn them away, but they’re not necessarily timely, and they don’t necessarily do enough to help employees in the interim,” says Markle.

While government loans are appreciated, he says businesses don’t want more debt load, whether it’s an interest-free loan or whatever. Markle points out it is still debt and something that has to be paid back.

He says these worries are affecting all small business owners, not just restaurants and gyms.

For some, Markle says it’s gone beyond financial concerns. In a conversation with an unrelated business, the individual told Markle he would probably get through the latest restrictions, but the person did not know if they could mentally go through this again.

The new measures will be in place for three weeks (until Jan. 26) before being reassessed.