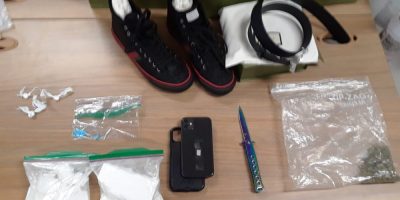 A man is facing a long list of charges after a traffic stop last night in Orillia.

Ontario Provincial Police say two of its vehicles were damaged when the suspect tried to flee.

No one was hurt.

A quantity of drugs and other items were confiscated.

A 21-year-old Orillia man has been charged with: