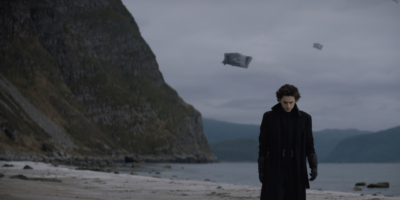 While production of the newest film adaptation of Dune has been delayed until December 2020, the first image of Timothy Chalamet as Paul Atreides has been released.

Widely considered to be one of the best sci-fi novels of all time, Dune tells the story of several factions as they fight for control of “the spice”, a life-extending and ability-enhancing substance found on the planet of Arrakis.

Dune is being directed by Denis Villeneuve who has helmed such projects as the masterfully suspenseful Sicario and another sci-fi movie you might have heard of, Bladerunner 2049. As for the lead role, Timothee Chalamet has quickly catapulted himself to the top of the a-list with stellar performances in Little Women, The King, Call Me by Your Name, and more.

Here’s hoping we don’t see any more delays and we get to check this one out in theatres this December.