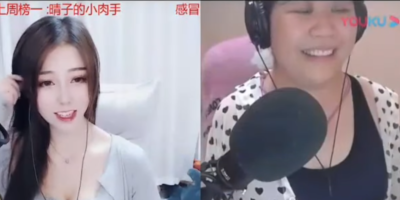 It was a stunning revelation for fans of a popular Chinese vlogger who called herself “Your Highness Qiao Biluo.” A technical glitch during one of her live-streams revealed her to be a middle-aged woman and not the young glamorous girl they dubbed a “cute Goddess.”

China’s Global Times reported the woman was “worshipped” as a “cute goddess” by members of her audience – who gave her thousands of dollars in donations.

The live-streaming platform Lychee News says the incident happened during a joint live-stream with another user. According to the Global Times report fans had asked that she remove her filter. She then responded, saying she couldn’t remove the filter. “I can’t show my face until I receive gifts worth 100,000 yuan ($11,950 U.S.). After all, I’m a good-looking host.” Fans then sent thousands of dollars worth of donations before the filter being used by the vlogger stopped working revealing her true identity.