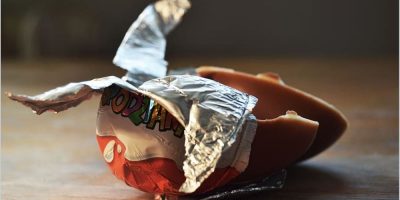 A recall of certain Kinder brand chocolate products linked to an outbreak of salmonella in Europe and the U.K. has been expanded to Canada.

The Canadian Food Inspection Agency says there have been no illnesses reported in Canada in association with the affected products distributed by Ferrero Canada Ltd.

The CFIA is conducting a food safety investigation, which may lead to the recall of other products.

Salmonella poisoning can result in a wide range of symptoms, from short−term fever, headache, and nausea to more serious issues including severe arthritis and, in rare cases, even death.

The European Centre for Disease Prevention and Control said Wednesday the chocolate products were identified “as the likely route of infection” in an outbreak involving 134 children mainly under 10 years of age, several of whom have been hospitalized.

The chocolates are also being recalled in Belgium, France, Germany, Ireland, Luxembourg, the U.K., Norway, and Sweden.