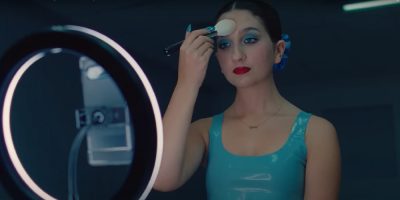 The singer posted on social media saying the album allowed her to let her creativity thrive.

The album was certified 5x platinum and scored the singer a Grammy for ‘Best Female Pop Vocal Performance for “Beautiful.”

Fast forward to today, and the song’s message remains powerful and important.

In honour of its 20th anniversary, she updated the music video to address the constant pressure youth are under to be perfect.

“We are Beautiful, no matter what they say ❤️‍ A message I will always stand by and a message I prioritize to instill in my own children through every chapter of their lives!

“Today, it’s harder than ever to hear our own voice amongst so many others infiltrating our feeds and minds with mixed messaging… ultimately leading us to tune out our own truth and self-worth.

Response to the update has been well received, with one fan commenting, “The new generations deserve to hear this message 👏❤️”

Another fan said “Queen! The song that saved me! That set me free! That gave me permission to be as I want and be proud of it!”

The original is still amazing.