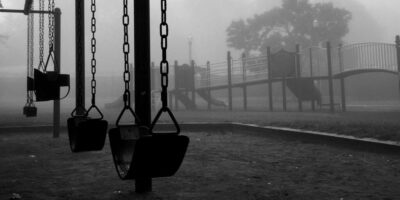 A select number of Barrie playgrounds will reopen on Friday morning, as part of the province’s Stage 3 of COVID-19 recovery.

The majority will not be open on Friday, as more work needs to be done. “We’re taking our time to get these playgrounds opened up and make sure the utmost safety of the playgrounds before we let the public jump back on,” said Brett Mosley, Foreman for Parks Operations in the City of Barrie. “The playgrounds have been looked at, but they just haven’t been officially inspected with their safety inspectors that we would normally do in any given year.”

Mosley and his crew have been working towards the reopening of these parks even before Monday’s announcement from the provincial government. “We’ve been working in the background on these playgrounds for probably about a month and a half now,” he said. “We have CPSI inspectors, which stands for Canadian Playground Safety Institute. So these guys and gals have gone away for special training. So they go out and they inspect the playgrounds and ensure safety.” He says any issues found with the playgrounds are promptly addressed in-house.

“We’re asking the public to be patient with us as we work through the playgrounds,” added Mosley.

Playgrounds open as of Friday:

The onus is on the users of the equipment to protect against COVID-19. “What we’re asking the public to do is when they go to the playground to respect each other, social distancing, and we’re also asking that parents disinfect the children’s hands prior to going on to playgrounds and after going on the playgrounds,” Mosley told Barrie 360. “If your child is sick, or if you’re sick, please don’t go to the playgrounds because we don’t want to put anybody at risk.”

It is expected all of Barrie’s playgrounds will be open for public use by the end of the month.