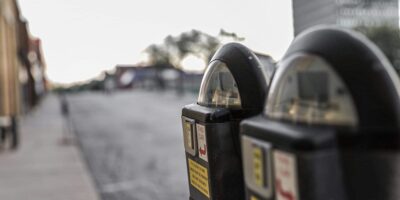 Barrie City Hall is hoping to increase parking fees and fines for visitors to the city’s waterfront.

Councillor Mike McCann was the one to say the hourly rate should be raised to ten dollars, as it was originally only going up by two bucks. “I am getting a lot of residents communicating with me that they believe out-of-towners are coming to our beaches, and they’re not spending any money, they’re actually costing the city money because they’re leaving their garbage,” McCann said during Monday night’s meeting, adding an increase to ten dollars would represent an economic boom for the city and compel those from out of town to contribute to the local economy while enjoying its beaches.

Deputy Mayor Barry Ward didn’t see it that way. “My concern is we’re going to actually drive tourists away, drive people away if we’re going to charge ten dollars an hour and instead of getting more revenue for our waterfront, we’ll get less.” Ward was the only councillor to vote against the increase.

RELATED: BARRIE TO REOPEN BEACHES SATURDAY, BUT WATERFRONT PARKING IS FOR RESIDENTS ONLY

This would apply only to waterfront spots, where residents are allowed to park for free should they have a Barrie resident waterfront parking pass. The fees would come into place once the city removes the resident-only restriction on the waterfront lots.

About 35 percent of per-hour demand for parking is from visitors to the city, based on rough estimates from city hall staff. “It’s a third of the people, and that’s a very significant number of people from outside of Barrie who are coming and parking and using our waterfront,” said Mayor Jeff Lehman.

Meanwhile, the city gave the initial nod on Monday evening to increase the set fine for parking infractions within the waterfront area from $30 to $100. Early payment fees would be bumped from $20 to $75 under this plan. Before the new fines can be set, the city needs permission from the Attorney General’s Office. City Hall agreed to send a letter making this request.

Mayor Jeff Lehman pointed out on Monday the city has handed out over 800 parking tickets since making waterfront parking residents-only during the pandemic, indicating the city is enforcing the out-of-towner parking ban.

The City also gave initial approval to suspend paid parking downtown during Monday night’s meeting, as a means of helping the economic recovery of downtown Barrie.

The final ratifying vote is expected at next week’s meeting of council.