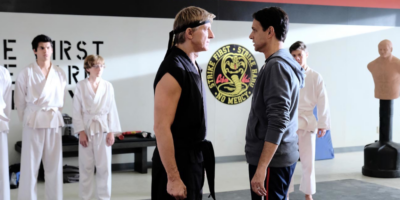 Originally airing as one of Youtube’s scripted series, Cobra Kai will be moving over to Netflix for the next season.

Cobra Kai takes place over three decades after the iconic Karate Kid and sees Johnny Lawrence seek redemption by reopening the Cobra Kai Dojo and in the process, reignite his rivalry with Daniel LeRusso.

While the next season of Cobra Kai will now be a Netflix original production, the first two seasons of the series can still be viewed on YouTube and on August 28th, they will also be available on Netflix. However, don’t expect season 3 anytime soon, as filming has not begun yet and might not until 2021.

Featured image courtesy of the Hollywood Reporter via hollywoodreporter.com