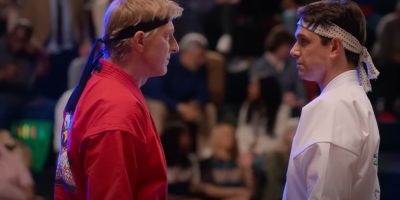 ‘Cobra Kai never dies,‘ but it will end after six seasons.

The creators of “The Karate Kid” spinoff announced that season 6 will be its last.

Revisiting Johnny Lawrence and Daniel LaRusso has been a trip, but it’s time for these two sensei’s to say goodbye after a great run.

They announced the news with a montage video showing the most emotional and badass scenes from the last five seasons.

The first season began as a YouTube series in 2018, but was quickly scooped up by Netflix in 2020.

In a statement, the show’s creators Josh Heald, Jon Hurwitz and Hayden Schlossberg said ending the popular show is bittersweet.

“Reacquainting the world with the Karate Kid universe has been our humble honour. It has also enabled us to play sensei, expanding the original storylines and birthing a new generation of underdogs. We’ve never once taken this opportunity for granted.”

They say, “Our day one goal with Cobra Kai has always been to end it on our terms, leaving the Valley in the time and place we’ve always imagined. So, it is with immense pride and thankfulness that we are able to announce that achievement. The upcoming season six will mark the conclusion of Cobra Kai.”

No word on when the final season will air, but according to the video, we won’t have to wait long.

Watch it below, I dare you not to fist pump.