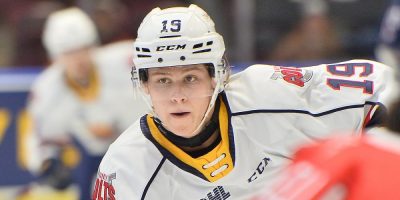 On a day that started with the Barrie Colts trading one of their top players, Zach Wigle admits the move still weighed heavily on the minds of he and his teammates when they took to the ice Thursday night against the Owen Sound Attack

Just hours after dealing popular centre Hunter Haight to the Saginaw Spirit, the Colts capped off a tough day all-around with a 5-2 loss to the Owen Sound Attack at Sadlon Arena.

Owen Sound (15-7-1-1) would get all the offence it needed on fluke goals by Servac Petrovsky, off his skate in front, and Kaleb Lawrence, burying a puck that came to him off a skate, and a breakaway by Cedrick Guindon to grab an early 3-0 lead en route to handing Barrie (10-8-2-1) another loss on home ice.

“It’s never nice to see a teammate (Haight) that’s looked upon pretty fondly in the organization go,” said Wigle, whose second goal of the season cut the lead to 4-2 in the second period. “It definitely put a damper on the room before the game, and we didn’t respond accordingly.”

While Saginaw gets Haight for its push toward hosting next year’s Memorial Cup, the Colts receive five picks in return, including three second-rounders (2024, 2025, 2026) and a pair of third-round selections (2025, 2026).

A second-round pick of the Minnesota Wild in the 2022 NHL Draft, Haight was off to a disappointing start to the season in Barrie, with just three goals and nine points in 20 games.

The former ninth overall pick in the 2020 OHL Priority Selection had asked the Colts for a trade.

“We all think the best of Hunter and wish him the best,” said Colts general manager and head coach Marty Williamson. “He needed a new start and that’s what their management group felt, and we got to do the best deal for us at that time.”

Despite the trade, Williamson felt his club was ready to take on the Attack.

“We had our goodbyes with him this morning and that kind of stuff,” he said. “We seemed like a focused group. We had (8) shots in the first period, which isn’t horrible. It was just a couple of (fluky) bounces.

“We should have come out of that period down 1-0 really, instead of being down by three.”

Beau Jelsma cut the lead to 3-1 just 1:33 into the second period, but Guindon, with his second of the game, beat Ben West in front a little more than three minutes later.

Wigle buried one from the slot at 7:10 of the same frame, but Orillia native Colby Barlow would seal the deal with an empty-netter with a little more than a minute remaining in the third.

Barrie’s struggles at home continued. It has now lost six of its 10 games at Sadlon Arena. Only Oshawa has fewer points at home (eight) than Barrie’s nine.

“I don’t know whether it’s we just need to change our routine at home or switch something up, but we’re not getting it done at home,” said Wigle. “So, something needs to change.”

Whether they will look to the future after the Haight trade is yet to be determined, says Williamson.

“We got to look at it right until Jan. 10,” he said. “The way you win championships is drafting well and improving through the draft, and that’s the bottom line. When you get the core guys that you can win a championship with, then you go out and buy a piece or two.”

He points to North Bay, Peterborough, and Ottawa as all teams that have that core group. The Battalion and Petes have already made key additions.

“I don’t think we’re quite in the category, but if we can make our team better there’s still a race for that four or five-hole,” said Williamson of the Eastern Conference race. “We’re going to keep looking to the future. These are hard moves.”

The haul of picks adds to a Barrie draft cupboard that is already stacked. All of which could help come trade deadline if the LA Kings return captain Brandt Clarke and import standout Eduard Sale comes over after the holidays.

“It changes everything,” said Williamson. “That’s why we got to be flexible and make no decision one way or the other. We have the assets. I’ve talked to teams, and they want pick deals, and we have the assets to do the picks, and then we wait on Sale.

“We could get one, we could get two or get none. That’s kind of the way our season has gone a little bit. There’s so much uncertainty.”

Barrie will head back on the road this weekend, taking on the Windsor Spitfires on Saturday night and then the Sarnia Sting on Sunday afternoon.

If they want to get up there with the contenders, they know they’re going to have to find a way to snap out of this win one, lose one run and get on a solid win streak.

“We really need to go on a streak here,” said Wigle. “That probably starts with these two weekend away games in Windsor and Sarnia. It would be huge to win those and get the ball running.”

Puck drop Saturday at the WFCU Centre is 7:05 p.m.

ICE CHIPS: Beau Akey sat out the first of a two-game slew-footing suspension he was handed last Saturday in Erie. . . The 2nd Rd. pick Barrie receives in the trade in 2024 is North Bay’s, while the third-round pick in 2026 belongs to Kingston. . . Previous to yesterday’s trade, Barrie’s second line has really struggled. Haight had just three goals, while overager winger Declan McDonnell has just one goal and five points in 18 games. . . Nick Chenard made 22 saves to pick up the win for Owen Sound. West stopped 30 shots. . . The OHL has been handing out several mouth-guard misconducts this season and Owen Sound’s Sam Sedley was handed one early in the third. 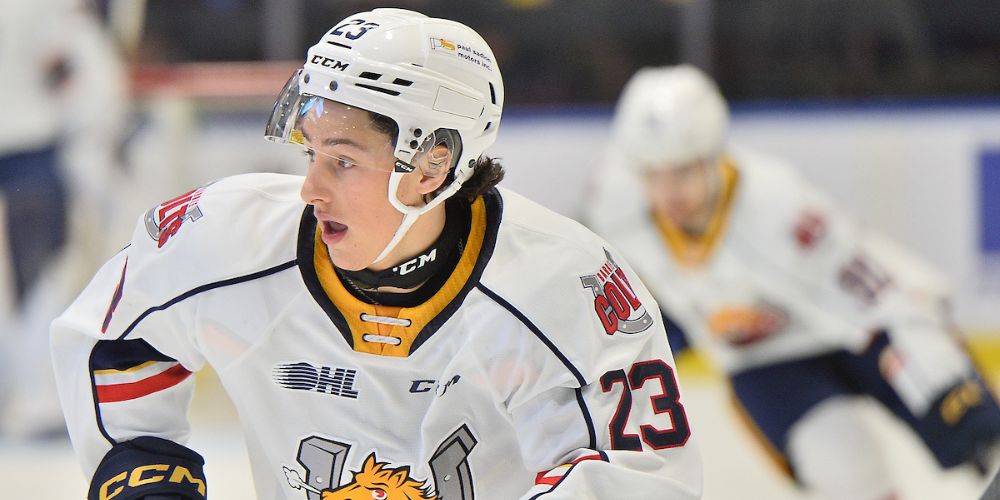