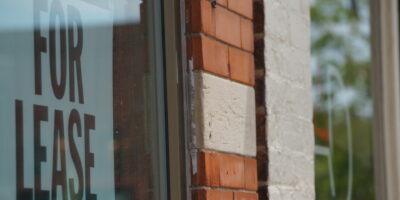 Trudeau says that on May 25 a new online portal through CMHC will be open and landlords and tenants will receive their benefit “quickly” afterwards.

The Prime Minister is encouraging landlords and tenants to go to Canada Mortgage and Housing Corp for more details on what’s needed to get the benefit.

Trudeau also implored landlord’s to opt-in to the program. “If you are a landlord and you and your tenant are eligible, please apply,” Trudeau said.

The Prime Minister was asked during Wednesday’s media briefing from Rideau Cottage, why the federal government would not just give commercial rent relief directly to tenants rather than landlords? “We need the landlords as a part of the solution,” Trudeau said.

Ontario Premier Doug Ford issued a stern warning on Tuesday to commercial landlords not opting into the program.

Ford warned big landlords not to force his hand. The premier was responding to reports on landlords refusing to participate in the federal government’s commercial rent relief program.

“Don’t force my hand, I’m trying to compromise here. We are giving you 75 per cent of what you’re asking for,” Ford said.

However, the province has not put a moratorium on commercial rent evictions during the pandemic.

Rent relief is provided to eligible landlords who choose to apply for the Canada Emergency Commercial Rent Assistance (CECRA) program. The CECRA requires landlords to reduce rent by at least 75 per cent, forego rent profit for April, May and June and place a moratorium on evictions for three months.

The tenant would then pay 25 per cent of their rent and the federal government *in conjunction with the provincial government* covers the other 50 per cent.

James Rilett is the Vice-President of Restaurants Canada (formerly CRFA), an advocacy group who describe themselves as ‘the voice of foodservice’ in Canada.

Rilett says unfortunately the rent assistance program depends on landlords choosing to participate. “We are currently working with municipal, provincial and federal governments on rent relief gaps and access to working capital and labour,” added Rilett.

Trudeau continued to make it clear on Wednesday that these were bridge loans and “not bailouts.” The prime minister calls the federal government a “lender of last resort.”