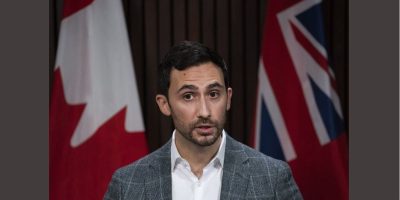 The union representing about 55,000 Ontario education workers says almost no progress was made over three days of contract talks with the government, and negotiations will resume just two days before they’re in a legal strike position.

If those talks aren’t fruitful, a full strike is “very possible,” the president of CUPE’s Ontario School Boards Council of Unions said Wednesday.

CUPE, which represents workers such as educational assistants, custodians and early childhood educators, said the mediator who was assisting with bargaining this week has concluded the two sides are too far apart and talks should be adjourned.

The parties are set to return to the table Nov. 1 for an indeterminate amount of time.

The CUPE education workers are in a legal strike position as of Nov. 3 and Walton said what happens on that date depends on the talks leading up to that, but in previous bargaining, work-to-rule didn’t provide enough pressure. In 2019, CUPE and the government reached a last-minute deal the day before workers had been set to go on a full strike.

“In the past, we tried work-to-rule with this government and it meant nothing to them,” Walton said.

“In fact, it was only when we went to a full withdrawal of services in 2019, when we were moving towards that, that we were actually able to get them to come and truly negotiate at the table. I really hope it’s not going to take that amount of pressure. It should be enough pressure right now that the countdown is on.”

In 2019, widespread school closures had been planned in the event of a CUPE support staff strike, Walton said.

Education Minister Stephen Lecce said CUPE is “trying to disrupt in-class learning by refusing to compromise” on what he calls unreasonable demands.

“Ontario’s government has a reasonable offer that increases salaries for all workers, while protecting a very generous pension and benefit package,” he wrote.

“Parents can rest assured this government will not waver in its resolve to keep all students in class, where they belong.”

CUPE is looking for annual salary increases of 11.7 per cent and the government in response has offered raises of two per cent a year for workers making less than $40,000 and 1.25 per cent for all others.

Other than the proposal on wages, the government’s offer seeks to keep all other areas the same as the previous deal except for a cut to sick leave pay.

The government wants to institute what it’s calling a five-day “waiting period” for short-term disability during which a worker would receive 25 per cent of their normal pay and 90 per cent for the rest of the 120 days.

Walton said during the past three days of talks, the only progress was that the parties agreed to a minimum amount of bereavement leave for all workers.