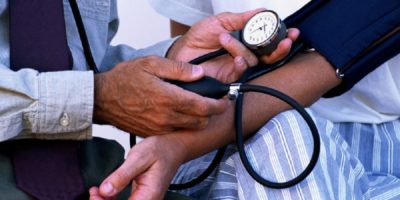 Staying sharp and warding off dementia might rely, in part, on doing your best to keep high blood pressure at bay. So finds a new study that suggests strict control of hypertension may help prevent dementia.

In the study, researchers at the U.S. National Institute of Neurological Disorders and Stroke (NINDS) used MRIs to scan the brains of hundreds of patients with high blood pressure.

These white matter lesions reflect changes deep inside the brain, said the team led by Dr. Clinton Wright, director of the Division of Clinical Research at NINDS.

Prior research has suggested that people with high blood pressure are at increased risk for accumulation of white matter lesions and also for mental decline and dementia, he said.

The NINDS-funded study was published Aug. 13 in the Journal of the American Medical Association.

Getting blood pressure numbers to healthy levels “significantly reduced white matter lesion accumulation in people who had a higher chance of experiencing this kind of damage because they had high blood pressure,” Wright said in a NINDS news release.

The study also found that patients who received intensive blood pressure control had slightly more loss of the brain’s volume, compared to people who got standard treatment. The effect was seen predominantly in men.

However, this loss was generally very small and of unclear clinical significance, the researchers said.

A prior study by the same research team found that intensive treatment of high blood pressure significantly lowered the risk of mild cognitive impairment — often a precursor to dementia.New study looks at link between blood pressure and dementia

Overall, the data “support a growing body of evidence suggesting that controlling blood pressure may not only reduce the risk of stroke and heart disease but also of age-related cognitive loss,” said NINDS director Dr. Walter Koroshetz.

“I strongly urge people to know your blood pressure and discuss with your doctors how to optimize control. It may be a key to your future brain health,” he said in the release.

“These findings on white matter lesions — primarily in the aggressive control of blood pressure — are encouraging as we continue to advance the science of understanding and addressing the complexities of brain diseases such as Alzheimer’s and related dementias,” Dr. Richard Hodes said in the release. He’s director of the U.S. National Institute on Aging. Researchers said the next step is to examine how controlling blood pressure may affect the accumulation of white matter lesions in critical regions of the brain affected by age-related brain disorders, and what factors may make some people more responsive to high blood pressure treatment.