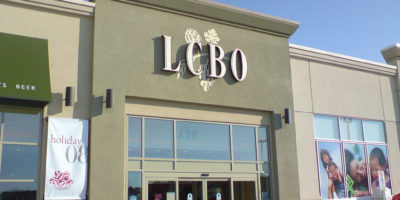 Barrie Police are on the hunt for a suspect, after several bottles of high-end hooch were taken from a local liquor store.

A woman went into the Caplan Ave. LCBO just before 1:30 on March 8th, according to police, and went right for the scotch. It’s said she stole six very expensive bottles of alcohol, leaving after paying for only three cans of booze on the way out.

The theft was only discovered after employees found the empty cardboard tubes that the stolen product came in.

Video surveillance caught a woman that police now want to meet. She is described as:

Police claim five bottles of Macallan Classic Cut and a single bottle of Benriach Peated Cask were taken, with a value pegged at just under $875.

Anyone with information on this theft is asked to contact Constable Osborne of the Barrie Police Service at 705-725-7025, ext. 2783 or by email at bosborne@barriepolice.ca. You can also contact Crime Stoppers at 1-800-222-TIPS (8477), or leave an anonymous tip online at www.p3tips.com.