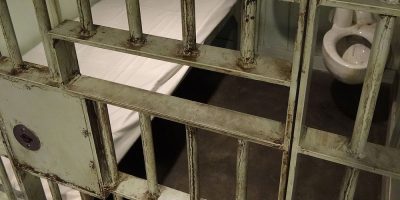 The province has been called on the carpet by Barrie City Council for not allocating new community reintegration officers at the Central North Correctional Centre (CNCC) in Penetanguishene.

At this week’s meeting, council approved a motion that a letter be sent to Ontario’s Solicitor General expressing the urgency to prioritize allocating dedicated community reintegration officers for CNCC to improve an individual’s transition from custody to neighbouring communities, facilitate linkages to support service, and reduce pressures on the Barrie-area shelter and outreach system.

Last month, the province announced the hiring of 25 new community reintegration officers, but they are going to other jails including Kenora and Brockville. This is part of a government plan over two years at $23 million to hire 50 additional probation and parole officers across Ontario.

“I did receive communication from the manager of Social Work and Rehabilitative Services at CNCC confirming the institution will be getting community reintegration officers,” Chambers told council. “The ministry is rolling out placement of these positions in phases. At this time, CNCC has not been given a start date for their institution.”

In her deputation to council, it was clear that many people released from CNCC are left to fend for themselves.

“For many years, countless individuals with no fixed address or who are transient from neighbouring communities were dropped off at the Barrie bus terminal after discharge from the institution (CNCC), left to seek emergency shelter or await a bus transfer to their home communities with only the clothing and personal effects that they were initially arrested with, and a looming unrealistic expectation of success,” said Chambers.

Coun. Jim Harris reacted with surprise that Penetanguishene was not in the first round of hires.

“It’s almost shocking that 25 reintegration officers are being invested and not one in an area that has a correctional centre like CNCC,” he said. “Why hasn’t Simcoe County or Barrie been on the radar to receive one of these 25 positions?”

Chambers emphasized the need to keep this issue front and centre.

“It is important to highlight the need and urgency for reintegration and discharge supports for vulnerable populations as we are experiencing a local housing crisis exacerbated by high rental rates and are nearing capacity within our local shelter system.”

Chambers said a true way to reduce recidivism rates is to ensure that the needs of people who have been incarcerated are met and they are provided adequate and ongoing support and individualized planning.

“We would be in a lot of trouble without your organization and your partners in the shelter system,” said Mayor Jeff Lehman.

In an interview last month, Deputy Mayor Barry Ward told Barrie 360 that when Simcoe County did a homeless enumeration in November 2020, it showed that 38 per cent of all homeless people in the county had been released from either hospitals or jail.

“That’s the low-hanging fruit, in my opinion,” said Ward at the time. “Those are the people we should be able to help because we know they are going to be homeless.”