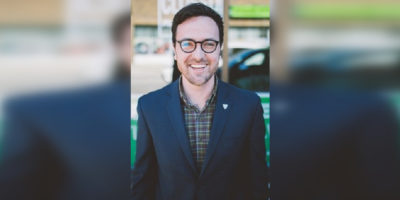 The City of Barrie has scheduled a special meeting to give councillors a final vote on potential punitive measures for one of their own.

A special meeting of council has been scheduled for Wednesday, June 12th at 6:00pm at Council Chambers.

A decision on whether to ratify, modify, or squash a reprimand against Keenan Aylwin has been put off due to lack of time.

City Council were expected to give a final vote on an Integrity Commissioner’s report recommending reprimand against Aylwin, but the vote has to be put off after a slew of deputations on some separate matters pushed the meeting to the midnight cut-off point.

The matter will be discussed and settled at an upcoming special meeting yet to be scheduled.

Barrie’s current council has unenviable role of being the first to consider punishing one of their own.

Councillor Keenan Aylwin faces reprimand by council over violating the city’s Code of Conduct. The reprimand comes in the form of a caution to the councillor and a request that a controversial Facebook post be removed. While a 60 and 30-day dock in municipal salary was debated, it was felt the penalty would be “too much.”

A final vote on the reprimand was expected at the June 3rd meeting of council, but was delayed after the meeting ran past the city’s midnight cut-off point.

Despite his fellow councillors voting to hand down the reprimand, Aylwin stood by his post. “The Integrity Commissioner has clearly made a mistake in her report, by accepting the biased interpretation put forward by the complainant.” He added that posts like this are why he vied for office in the first place. “I ran for office because I was fed up with how our political system actively discourages participation, favours the rich and powerful, and shuts down debate. I ran for office because we need more politicians who will speak truth to power, and have uncomfortable conversations about the issues we face as a society.”

Integrity Commissioner Suzanne Craig recommended in her findings that the City work towards crafting a wide-reaching social media policy to help prevent further Code of Conduct violations, a recommendation City Hall will debate at a later meeting.

While council did make a hard call at Monday’s meeting, it almost didn’t happen; a referral motion was tabled, asking to give council time to seek legal advice. A late-day letter was sent out from Aylwin’s lawyer to the rest of Council on Monday, reportedly threatening legal action should any reprimand be handed out. The referral motion was voted down.

The City of Barrie Clerk’s Office says there have been no reprimands dealt to a sitting councillor since an Integrity Commissioner was introduced. It is expected the reprimand will be ratified at next week’s meeting of council.