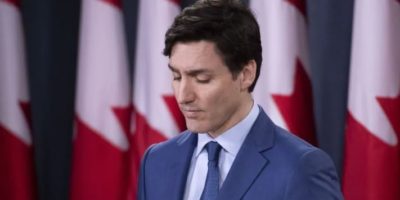 The first death in Canada related to COVID-19 was on March 8.

The death toll reached 10,000 last night as case counts across the country continue to rise.

Ninety-six percent of those deaths have been among people over the age of 60. There have been two deaths among those 19 and younger, 11 in their 20s, and 16 among thirty-somethings. More than 300 Canadians under the age of 40 have been spent time in intensive care due to COVID.

Many survivors have struggled with so-called ‘Long COVID’, a version of the illness where symptoms such as brain fog, body aches, and deep fatigue persist for months.

Prime Minister Justin Trudeau called the pandemic a “horrific national tragedy,” and warned that Canadians should brace for more. “Families have lost loved ones, been devastated by these tragedies, and we need to know that there are more tragedies to come.”

“It’s frustrating knowing that unless we’re really, really careful, there may not be the kinds of family gatherings we want to have at Christmas,” Trudeau said. “This sucks. It really, really does.”

Concern has been raised about social gatherings, particularly in the home.

Simcoe County’s Medical Officer of Health, Dr. Charles Gardner, noting 281 new cases locally since Thanksgiving. Forty-three of them have been traced back to 21 Thanksgiving gatherings.

Gardner is urging everyone to consider limiting family Christmas gatherings this year to just the people in your household, “I know, that’s very hard. I know it’s completely contrary to what would feel natural to us all including myself. But the alternative is this kind of transmission. I’m afraid.”

Gardner says the Thanksgiving infections are primarily in young and middle-aged adults, some children and seniors were also affected.