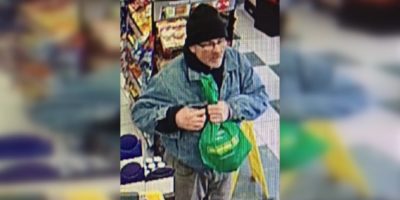 Barrie Police are on hunt for a suspect after a wallet was stolen and its contents used.

Investigators say the wallet was taken right out of the vicitm’s workplace locker. By the time they’d discovered the theft, credit cards had already been used at several locations in north-east Barrie.

Investigating officers are asking anyone who may have information to please contact Constable J. Storey of the Barrie Police Service at 705-725-7025 ext. 2523 or jstorey@barriepolice.ca. Any information can be provided anonymously to Crime Stoppers at 1-800-222-TIPS