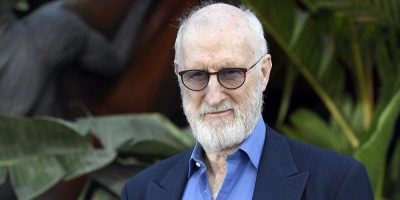 It’s undoubtedly annoying that Starbucks upcharges us for plant-based creamers such as oat and almond milk, but actor James Cromwell “really” hates it.

The 82-year glued protested the extra charge by gluing his hand to a Starbucks counter in midtown Manhattan.

Cromwell serves as an honorary member of PETA and was joined by other members of the group who live-streamed the whole thing.

“Cows produce milk for the same reason humans do: to nourish their young. But in the dairy industry, they give birth, and their babies are taken from them almost immediately so that their milk can be sold. Mother cows cry for their infants for days.”

He later used a knife to separate himself from the counter, and no one was arrested.

A few months ago, Paul McCartney asked Starbucks CEO Kevin Johnson to get rid of the charge in North America. There’s no extra charge for dairy alternatives in the UK.

Rock Star and Activist Bono has written his memoir.

The U2 frontman’s story is called “Surrender,” which he describes as “the story of one pilgrim’s lack of progress — with a fair amount of fun along the way.”

Bono talks about his band, marriage, faith, and activism in his long-awaited autobiography.

The subtitle is “40 Songs One Story,” which references the book’s structure, as each chapter is titled after a U2 song.

Watch an illustrated excerpt from the book below.

David Cronenberg won’t be surprised by walkouts during his movies

David Cronenberg will debut his latest film at Cannes this month, and he expects some walkouts.

“Crimes of the Future” is said to be a visually uneasy film involving body horror.

In an interview with Deadline, Cronenberg says he anticipates some walking out within the first few minutes or in the last 20 minutes.

“I do expect walkouts in Cannes, and that’s a very special thing. People always walk out, and the seats notoriously clack as you get up, because the seats fold back and hit the back of the seat. So, you hear clack, clack, clack.”

A synopsis of the movie reads:

The movie is out on June 3.