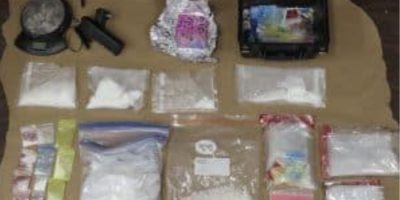 Six people have been charged in what South Simcoe Police (SSP) say is the force’s largest seizure of crystal methamphetamine.

Officers with the Street Crime Unit began an investigation in the spring into drug trafficking in Innisfil and Barrie.

On Wednesday, police arrested six suspects and executed a search warrant at an Innisfil home and vehicle.

Police say they seized over 1.2 kilograms of crystal methamphetamine, and over nine ounces of cocaine, as well as fentanyl and LSD.

“Police also seized a quantity of cash, a conducted energy weapon, and drug paraphernalia,” according to a news release from SSP.

Three people from Innisfil, two from Barrie, and one from London face a variety of charges.