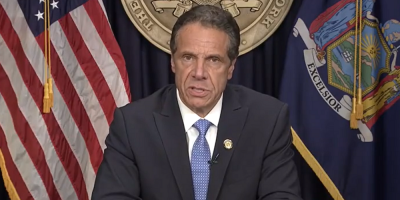 New York Governor Andrew Cuomo announced Tuesday he would be resigning, effective in 14 days. His resignation comes one week after an investigation by New York Attorney General Letitia James that found that he sexually harassed 11 women, including staffers and women who did not work for his administration.

“The best way I can help now is to step aside,” Cuomo said at a news briefing.

Shortly before his resignation, his attorney, Rita Glavin, appeared to be outlining his defense. “This is about the veracity and credibility of a report that is being used to impeach and take down an elected official,” Glavin said.

Brittany Commisso, one of the women who is referenced in Attorney General Letitia James’ investigation, told “CBS This Morning” and the Albany Times Union that she believes Cuomo knows he broke the law and he needs to be “held accountable.”

“There’s a difference between being an affectionate and warm person. Sexual harassment is completely different,” she said. “The governor knows that what he did to me and what he did to these 10 other women, whether it be a comment or an actual physical contact, was sexual harassment. He broke the laws that he himself created.”

James’ report described an “unsafe” and “hostile” work environment in the governor’s office. It also included testimony from Commisso, who said she was terrified of senior staff, including DeRosa, learning about her accusations.

“[T]he way he was so firm with [me] that I couldn’t show anyone else that photo, I was just terrified that if I shared what was going on that it would somehow get around,” she said in the report. “And if Stephanie Benton or Melissa [DeRosa] heard that, I was going to lose my job. Because I knew that I certainly was going to be the one to go.”