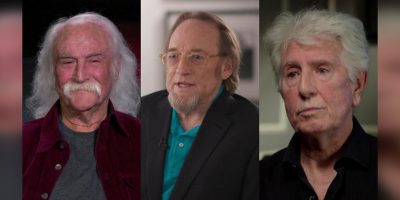 In 1969, the supergroup Crosby, Stills, Nash & Young recorded “Déjà Vu.” It’s considered one of the greatest albums of the rock era. When asked what he thinks about it when he hears it now, Stephen Stills replied, “There’s masterpieces in there. Ain’t a dog in the bunch!”

The record would sell eight million copies. “‘Déjà Vu was intense, tragic in many ways,” said Nash. “But a really decent album.”

David Crosby had come from The Byrds; Stephen Stills from Buffalo Springfield; and Graham Nash from The Hollies. But, Stills wanted to add another member …

Mason asked, “What were you looking to add to the band?”

“I wanted to be able to do what the Springfield used to do,” Stills replied. “I didn’t want to be a ‘folk group.’ I wanted to play rock ‘n’ roll as well.”

He settled on his former Buffalo Springfield bandmate, Neil Young.

Nash said he wasn’t originally in favor of adding Young, “at all. We had created, between me and David and Stephen, a vocal sound that was completely unique.”

But Nash agreed to meet Young for breakfast in New York: “I said to him, ‘Why should we invite you into this band?’ And he looked at me and he said, ‘Have you ever heard me and Stephen play guitar together?’ I went, ‘Yeah, I have.’ He was in the band from that moment on.”

But the band was entering a dark period. Stills had just broken up with Judy Collins. Nash’s relationship with Joni Mitchell was growing rocky. And Crosby’s girlfriend, Christine Hinton, had been killed in a car crash.

“I was in terrible shape,” Crosby said. “I was damn near destroyed. I’m just really lucky we were making that record, because it gave me a raison d’être. It gave me a – “

“A reason to get up in the morning?” asked Mason.

“Damn right. And it’s what kept me alive.”

Mason asked Stills, “How would you describe the period of recording that album?”

“You talk about how you guys butt heads all the time.”

“Well, it was glancing blows, but they were continuous,” Stills said. “And that tends to numb your skull, and you turn into numbskulls.”

And Neil Young [the only band member who didn’t talk to us for this story] also went his own way in the studio. Crosby said, “Neil, when he joins the band, doesn’t really join the band. He made his tracks outside by himself and brought them. And we sang on ’em. Which is kind of snotty. But, they were good!”

Mason asked Nash, “He didn’t even perform on either of your songs, did he?”

“Did that bother you?”

Crosby, Stills, Nash & Young had started touring in the summer of ’69. Their second gig was Woodstock.

The song “Woodstock” (written by Joni Mitchell) would be the biggest hit off of “Déjà Vu” when it was released in 1970.

At L.A.’s Morrison Hotel Gallery, Stills recently signed prints of the famous cover photo taken by Tom O’Neal. “The whole point was that the rebellion’s getting very serious. That’s why the uniforms,” he said.

The 50th-anniversary edition (a year late because of the pandemic) includes some memorable outtakes, said Nash: “There’s a demo of me singing ‘Our House,’ and Joni was there and sat with me at the piano, and she started to play the top end of the keys.”

“I wanted the fans of the ‘Déjà Vu’ record to be thrilled about what they were listening to, and get an idea of what we went through, as four people, to make that one record,” Nash said.

But the band that made that record may never play together again.

Mason asked, “How are you all with each other?”

“Stephen and Neil and I are great,” Nash said. “We talk often. We don’t talk to David.”

Crosby said, “I don’t expect to be friends with Graham at any point. Neil hates my guts.”

Why? “I said bad stuff about his girlfriend. Probably … Don’t say it, Dave …”

Mason asked, “Do you regret saying it?”

Nash said, “You know, when that silver thread that connects a band gets broken, it’s very difficult to glue the ends together. It doesn’t quite work. And so, things that happened to me in David’s life broke that silver thread, and for the life of me, I can’t put it back together.”

“Do you wish you could?” Mason asked.

Fifty years later, the friendships may not have endured. But the songs have. 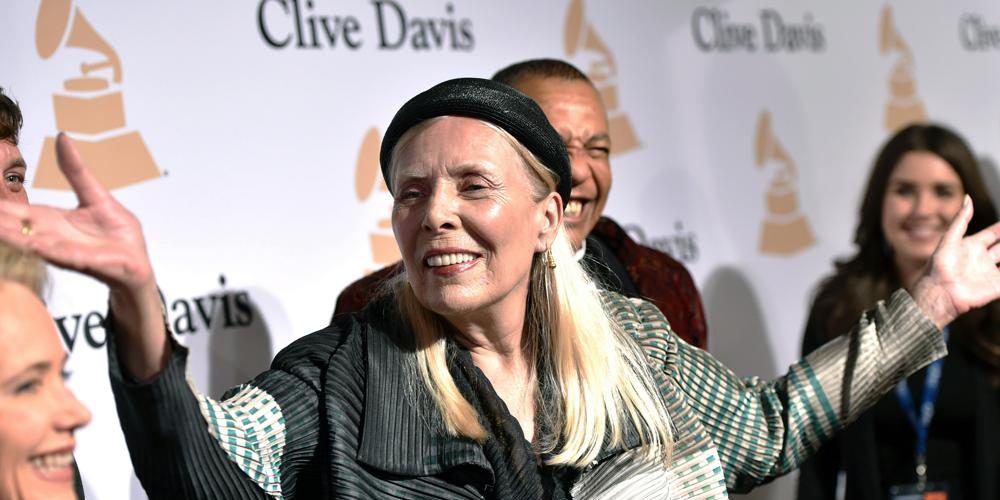