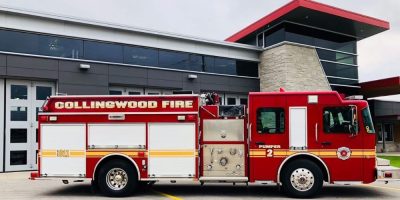 One person died and two others were taken to hospital with minor injuries following a house fire in Collingwood.

Police and firefighters responded shortly after 7 a.m. Tuesday to a house fire on Moberly Street in the area of Peel and Hume Streets.

The name of the victim has not been released, but it’s been confirmed it is an elderly man.

The fire was contained to an apartment above the garage and there was no damage to the main house.