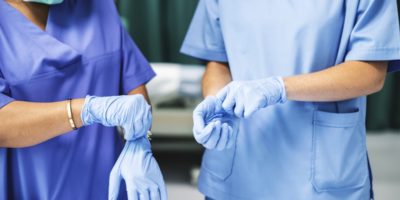 An agreement has been reached to top-up wages for essential workers in Canada amid the COVID-19 pandemic.

Prime Minister Justin Trudeau says all provinces and territories have confirmed, or are in the process of confirming, plans to cost share wage top-ups for essential workers.

“The bottom line is this, if you are making minimum wage and risking your health to keep Canadians safe, then you deserve a raise,” said Trudeau during his media briefing Thursday from Rideau Cottage.

Who qualifies as “essential”? It’s up to each province

The Government of Canada will provide up to $3 billion in support to increase the wages of low-income essential workers. The provinces and territories are expected to add $1 billion to the deal.

Trudeau says each province, territory will determine which workers would be eligible for support, and how much support they will receive.

Officials in Ontario had not yet said who would qualify, but Premier Doug Ford will be speaking to media Thursday afternoon. Back in mid-April Ford announced thousands of front-line workers would get temporary pay hikes he referred to as a “pandemic pay premium” of $4 per hour on top of current hourly wages.

“There will be many reflections in years to come to ensure people who do essential work aren’t economically vulnerable. In the short term, we want to support those who need it now. We have to get through difficult times and will have a lot of thinking to do about improving Canada for all,” said Trudeau.

Trudeau thanked Canadian Armed Forces members and health care workers who are working in long-term care homes. He says there are more than 370 CAF members in about 20 long-term care facilities in Quebec, with 350 additional members supporting them.