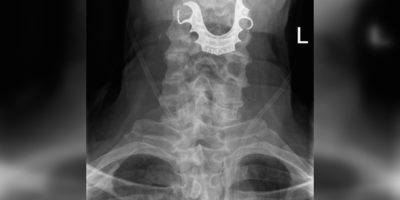 A 72-year-old man’s partial dentures got lodged in his throat during surgery and were left there for eight days, the British Medical Journal reported. According to a new case report published Monday, he went to the emergency room after he was having a hard time swallowing and coughing up blood.

Doctors diagnosed him with pneumonia and sent him home with antibiotics and steroids. It took another trip to the hospital to uncover the underlying problem. The man had his dentures, made up of a metal roof and three false teeth, stuck on top of his throat, the study said.

The mishap highlights the dangers of leaving dentures in a patient’s mouth during anesthesia.

“There are no set national guidelines on how dentures should be managed during anesthesia, but it is known that leaving dentures in during bag-mask ventilation allows for a better seal during induction (when the anesthetic is being infused) and therefore many hospitals allow dentures to be removed immediately before intubation (when a tube is inserted into the airway to assist breathing),” wrote the study’s lead author, Dr. Harriet A Cunniffe, an otolaryngologist at James Paget University Hospital in the U.K.

“In addition to reminding us of the risks of leaving dentures in during induction of anesthesia… this case also highlights a number of important learning points,” Cunniffe.

Cunniffe stressed to doctors to “always listen to your patient” and not rely as heavily on imaging and laboratory tests. 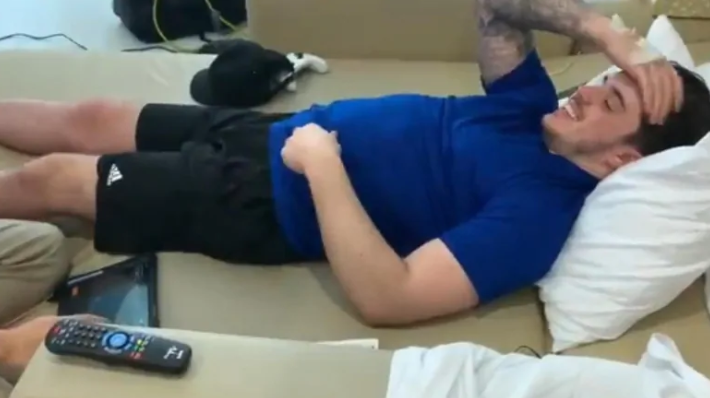