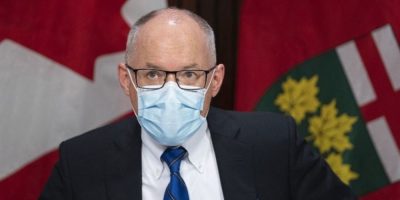 Ontario’s chief medical officer of health issued a strong recommendation Monday for residents to mask in all indoor public settings in order to protect children from a “triple threat” of respiratory viruses, while warning that a possible mandate remains on the table.

Dr. Kieran Moore’s advice came as pediatrics hospitals have been overwhelmed in recent weeks by a massive influx of very sick patients. COVID-19 is still circulating, but the larger threats to young children at the moment are influenza and respiratory syncytial virus, or RSV, he said, noting that capacity in children’s hospitals is at 100 per cent.

“We’re asking more people to mask up,” Moore said at a news conference.

The province’s top doctor did not mandate masking at this point, though he said he is “discussing and reviewing” the possibility of requiring masks in schools again. He also recommended children between two and five wear a mask, if possible.

Moore said that a mask mandate could be possible if the province’s health-care system continues to see an increase in pressure due to respiratory illnesses, though he said that would be “the furthest we’d have to go” in terms of measures.

In the meantime, the government says experts have been meeting daily and emergency departments are being instructed to plan for an “extreme surge.”

While a broad mask mandate might help reduce illness in the community, Moore said the biggest risk to children right now is in social settings, where it is hard to mandate behaviour.

“Yes, masking at a population level will help, but we really have to focus on where we can protect our children,” he said. “What might be a cold to you can lead to a severe respiratory infection in a child four and under.”

Some major children’s hospitals in the province have had to cancel non-urgent surgeries in order to redeploy staff to the emergency department and intensive care units that are operating over capacity.

The Children’s Hospital of Eastern Ontario has opened a second pediatric ICU, SickKids hospital is cancelling non-urgent surgeries, and children 14 and older needing critical care are being sent to adult ICUs.

He said all children who go to a hospital will be seen.

Last week, data from Critical Care Services Ontario and obtained by The Canadian Press revealed there were more children in ICUs than beds, with 122 children needing critical care on Wednesday. Only five of those children had COVID-19.

Adults can transmit respiratory viruses to kids, and young children under the age of five are the most susceptible, Moore said. He recommended Ontarians mask around young children in social settings, and parents should mask at home if they have any symptoms.

Moore said the influenza season is “fully underway” in the province, with the peak expected in early-to-mid-December. He said the flu test positivity rate is 14.5 per cent, up from 10.3 per cent one week ago, and urged Ontarians to get the flu shot.

“The time to get your shot is now,” Moore said. “Please, please do not delay. It is not too late to get protected.”

He also urged everyone to get their COVID-19 booster shots.

More than half of the children in the ICU at Toronto’s Hospital for Sick Children are on a ventilator, CEO Ronald Cohn said over the weekend. None have died.

Half of those children on a ventilator have the flu and the other half have RSV, Moore said.

Cohn has called for the province to initiate universal masking.

“We’ve reached the point where we need a mandate not because it’s a perfect tool, it’s clearly a blunt tool, but because there is a crisis within the pediatric acute care sector right now,” said Razak, an internist at St. Michael’s Hospital in Toronto.

The Ontario Liberals called for universal masking in schools and on transit.

“It’s time for some decisive action and leadership,” said Adil Shamji, who is also an emergency room physician.

“We know that masks work and it’s time for someone to say it.”

In the legislature, Health Minister Sylvia Jones defended the government’s handling of the health-care crisis.

“We haven’t been ignoring it,” Jones said during question period.

“In fact, our government has made unprecedented investments to ensure that our hospital partners have the resources they need.”

She did not take questions from reporters on Monday.

Ontario Premier Doug Ford had a message similar to Moore’s on Sunday.

“Wear a mask every time possible,” Ford said, although he did not answer repeated questions about instituting a mask mandate.

This report by The Canadian Press was first published Nov. 14, 2022. 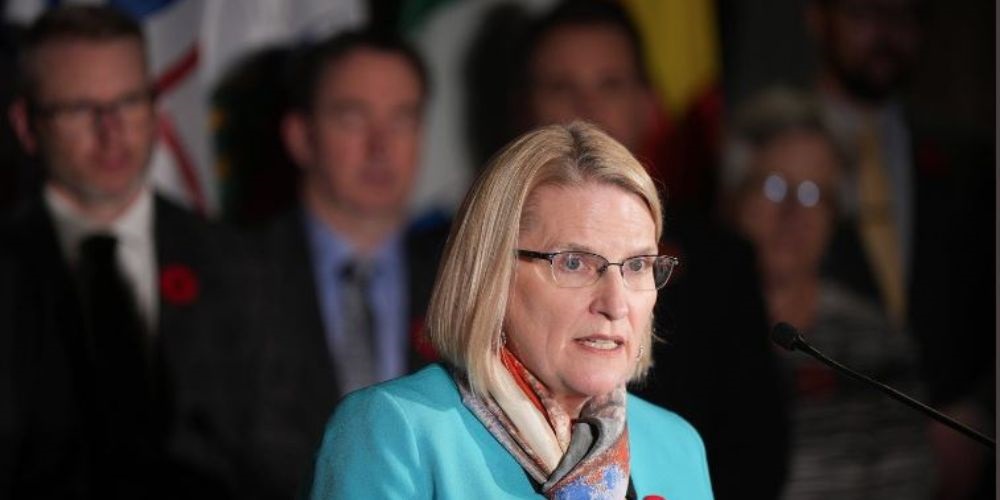