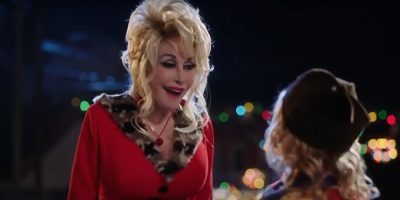 Step aside Hallmark Christmas movies, Dolly has some holiday magic up her sleeve.

The country superstar is preparing for this year’s Christmas movie exclusive to NBC.

The singer, actor, philanthropist, and everything in between is making a movie called “Dolly Parton’s Mountain Magic Christmas.”

Parton has partnered with NBC several times before, including the movie “Coat Of Many Colors.” and “Christmas of Many Colors: Circle of Love.”

According to Deadline the movie follows Parton’s desire to uplift an exhausted world’s spirits by sharing the unique “mountain magic” she has always found in and around Dollywood at Christmas. Throughout the movie’s production numbers and rehearsal chaos, Parton finds herself taking a private journey into her past, guided by the mysterious appearances of her personal Three Wise Mountain Men.

feature image courtesy of “Christmas of many colors” via youtube