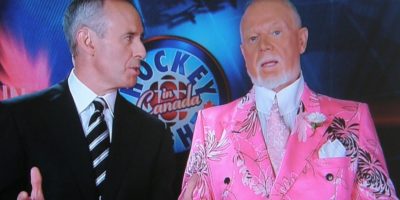 Don Cherry says he could have stayed on in the Coach’s Corner if he “had turned into a tame robot who nobody would recognize”.

He told Canadian Press that after 38 years that’s not going to happen.

Cherry was unapologetic after his Saturday night rant about poppies and who wasn’t wearing them. He denied he singled out visible minorities; that he did not say immigrants. His reference to “you people”, he said, was directed at any newcomer to Canada.

Cherry and Sportsnet parted company yesterday as a result of his comments, which led to numerous complaints filed with the Canadian Broadcast Standards Council. The volume of complaints shut down the Council’s system for collecting them.