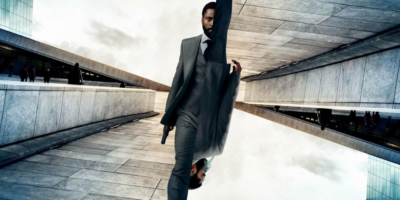 Tenet, the new time-bending action-thriller from the brilliant mind of Christopher Nolan has dropped a new trailer.

If you were to put a top 20 favorite movies list together, I would be willing to bet that for most people at least 1 or 2 of those spots would be occupied by a Christopher Nolan film. His entire career is flush with masterpieces including The Dark Knight, The Prestige, Memento, Dunkirk, and more. The Earth is round, the sky is blue, and Nolan doesn’t make anything less than brilliant, those are just facts.

His new film, Tenet, looks to be another intricate mind-bender in the vein of his other works like Interstellar and Inception. It stars some amazing names including leads Robert Pattinson (The Lighthouse, Goodtime) and John David Washington (BlacKkKlansman, Ballers).

No release date has been set but possibly one of the most surprising aspects of the trailer isn’t actually part of the story but the “Coming To Theatres” text at the end. Things might change but for now, it seems they aren’t going with the digital release strategy.