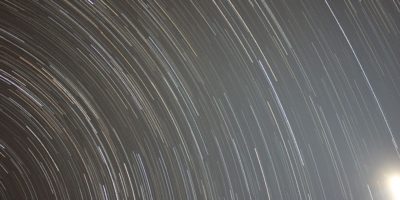 Skywatchers can catch two separate meteor showers that will be peaking Monday night into early Tuesday. If weather conditions permit, and depending on your location, people may see around 25 meteors per hour thanks to the dueling meteor showers, the southern Delta Aquariids and alpha Capricornids, lighting up the night sky.

According to American Meteor Society (AMS), both showers have been active since early or mid-July. Since a new moon arrives in the coming days, these meteor showers won’t have to compete with as much natural light pollution, making for optimal conditions to witness heavenly debris — actually the dusty trail of comets — flying past Earth.

If you miss the meteor showers Monday-Tuesday, the annual Perseid meteor shower is coming next month. However, this year the Perseids will peak on August 13, two days before a full moon, limiting its visibility.

What are the alpha Capricornids (CAP)?

This shower, which is active from July 3 through August 11, is not very strong and it rarely produces in excess of five meteors per hour, according to AMS. Its most notable feature is the number of bright fireballs it produces during its activity period. The shower is seen equally well on either side of the equator, AMS said.

What are the southern Delta Aquariids (SDA)?

The Delta Aquariids are active from July 12 until August 23. They’re best viewed in the Southern Hemisphere and southern latitudes of the Northern Hemisphere, according to AMS.  These are usually faint meteors that lack both persistent trains and fireballs. NASA said the meteor shower can bring approximately 20 meteors per hour, with each one zipping by at a speed of about 25 miles per second.

When is the best time to view the meteor showers?

Residents on both coasts and away from big city lights should be able to see the shooting stars, AccuWeather says. The best times for viewing are expected to be after midnight local time, and before dawn.

Monday night will feature not 1, but 2 meteor showers, sparking as many as 25 shooting stars per hour. Details & cloud forecast: https://t.co/5mxnPjzCSP pic.twitter.com/JhKHwmrzDi

NASA recommends to come prepared with a sleeping bag, blanket or lawn chair. You should lie flat on your back and look up, soaking in as much the night sky possible.